Former AFL footballer Jason Akermanis has reportedly commenced his search for a new sporting outlet following multiple snubs in his attempt to become a professional golfer. News broke earlier this week that Akermanis had been kicked out of his third different golf club up on the Murray, due to a range of incidents and indiscretions.

The treble of golf snubs seems to have oddly mirrored Akermanis’ AFL footy career where he was effectively booted from two separate clubs due to his behaviour, creating a real “it’s not me, it’s you” kind of scenario. However, not one to be floored by a minor setback, according to local sources, Akermanis is now searching for a new sport in which to meet new and interesting friends. 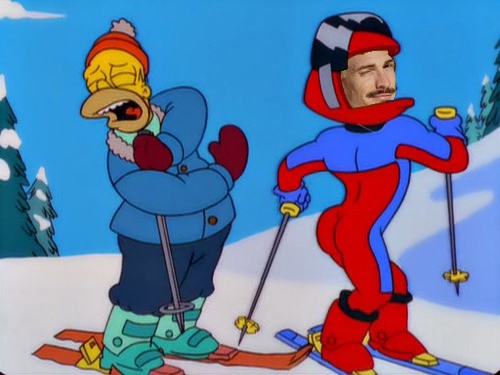 While it seems the search is still in its early stages, our source claimed that Akermanis had finally accepted his inherent inability to play well with others, exclusively adding solo sports to his shortlist of options. Sports on the list include gymnastics, skiing and weightlifting. It’s unclear how he will make his final decision but, whatever the case, let’s hope his new vocation has a strict rule against having mismatched coloured hair on your goatee and your head. Or maybe just a rule against goatees altogether?