The five remaining fans of unpopular former Australian cricket captain Michael Clarke are reportedly looking forward to his insightful observations about today’s play. Clarke has really set the cricket world alight in recent days with such savvy observations as a double century maker having batted well and rain bringing an end to a day’s play. 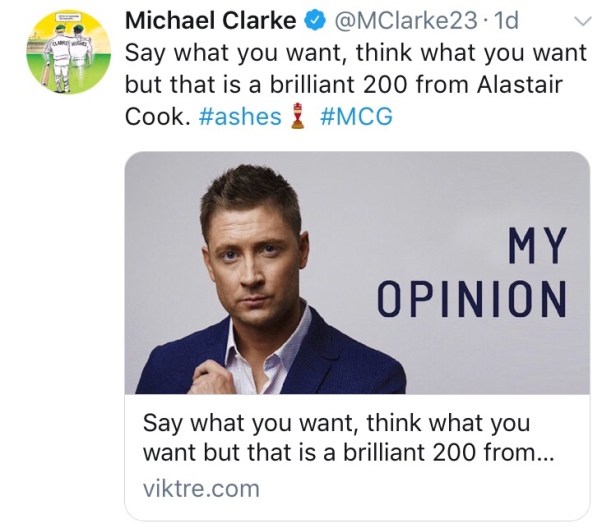 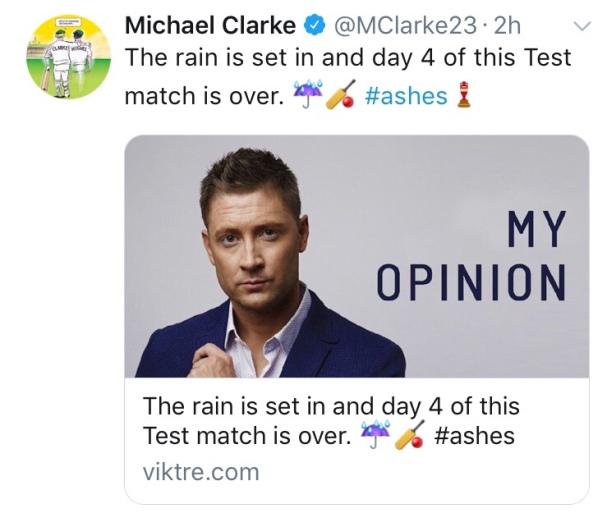 In addition to these informative comments, followers of Clarke have been treated to a photo of him dressed in a suit trying to look intelligent but instead looking like he’s in a crowded room and trying to work out who in the room has farted. Clarke’s online presence is living proof that a media “personality” can be equally irritating on social media as they are behind a microphone.

Early predictions suggest that today’s “opinion” will be that today is Saturday. Which, despite widespread confusion over what day it is at the moment, is hardly a ground-breaking revelation. But we can only hope that whatever Clarke says it is accompanied by the hard-hitting stock image of him missing his chin for a gentle stroke whilst contemplating why the general public dislikes him so much.