Conspiracy theorists have been sent into a tail spin at the revelation that when looked at on a map, Greensborough’s alcohol-free zone closely resembles the internal organ most impacted by drinking: the liver. First noticed by eagle-eyed Bugle reader Jamie Collins, the resemblance now has tin foil hat–wearing locals questioning whether the alcohol ban is part of a wider global conspiracy. 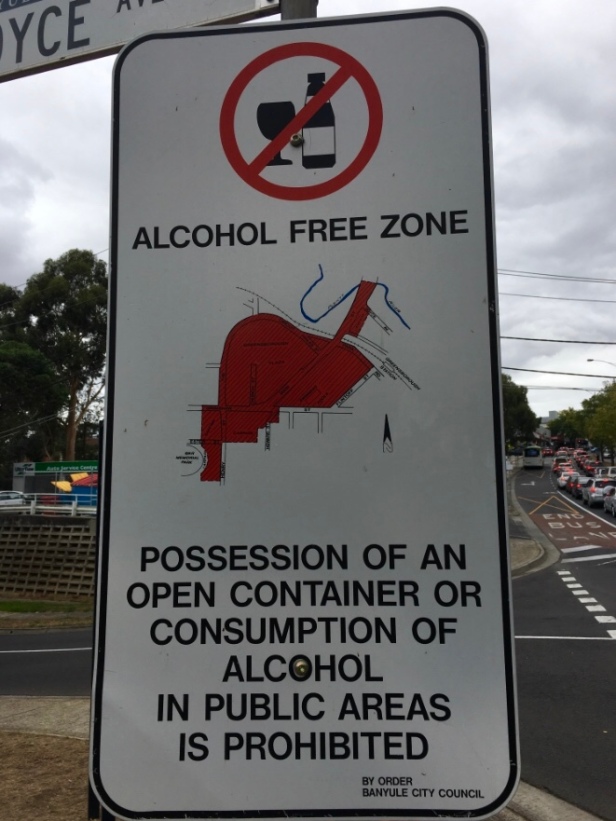 While the conspiracists seemed to ignore the obvious lack of hyphenation on the sign, and subsequent contradictory meaning, they are claiming that the liver-shaped exclusion zone is a subliminal message from the government that alcohol is inherently bad for you. One such theorist, Watsonia man Daniel Klingdon, told The Watsonia Bugle, “This is just one more example of the subliminal messaging that the government regularly broadcasts in a suffocating attempt to further control the population of this nation.”

Klingdon also claimed that the colour chosen to highlight the alcohol-free zone was part of the deeper messaging. He said, “Look at it. It’s red. Like it’s all inflamed and sore. They’ve chosen that colour on purpose, the animals. Why can’t we just make our own decisions about what we put into our bodies? Drinking is fun, why are they trying to make me feel bad about it?”